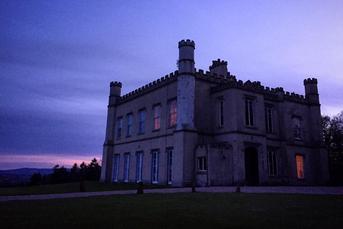 Postponed Due To COVID

HOW THE INVESTIGATIONS RUN

You will be taken to the base room of the location and asked to sign a disclaimer which includes our terms & conditions and will also be sent via email the week of the investigation. A tour around the location will then be given at 9pm before you are briefed and split into small teams. Our investigations run from 9pm until 2am with a break included. You will be given the chance to take part in experiments and sessions all aimed at gaining the best evidence possible but please remember we cannot guarantee paranormal activity. Our public investigations are designed to give you the best possible chance of witnessing true paranormal activity in a safe but sometimes frightening environment. At no point during these events is anything staged or set up for entertainment, true paranormal activity is rare and you attend these events with the understanding that nothing may happen. 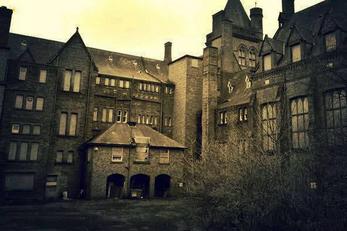 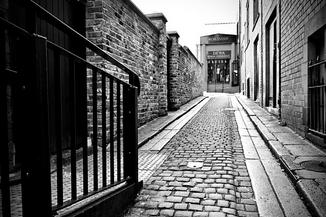 Built in 1690, this Gothic style country house is situated at the head of a bucolic valley, in the centre of its 500-acre estate, which straddles the English/Welsh border. It is by far our most mysterious location with very little history on the location due to records being 'burnt' in a fire. Pen Y Lan Hall sits on the land previously occupied by a farm house which may have dated back to the 1400's, it is a must visit for anyone interested in the paranormal world. The dining room is an area for some of our best ever evidence and constant results occur here, footsteps and voices can be heard from the empty rooms and hallways and shadows can be seen lurking in the dark. Both the hall and the grounds are very active, full body apparitions have been seen on many occasions and people have been touched by an unseen presence. The hall itself has a very impressive cellar which may have once held prisoners, screams and the sound of a crying baby can be heard from the many dark tunnels in this section of the hall. Many ghosts of children have been seen and even caught on camera around this location and a very negative spirit lurks in the old stable barns of the Pen Y Lan estate. Our investigations at Pen Y Lan Hall are sure to test your nerves to the limit. Are you brave enough?

Below is a list of our upcoming public investigations, please select which investigation you would like to attend by clicking 'Add To Cart' next to the investigation you wish to book, this will take you to Paypal to complete your order. Please note the price of places are per person. Guests will receive a confirmation email along with our contact number once payment has been received this indicates your places are secured. A further email will be sent out the week of the event with all the information needed for the night.

The Dewa Roman experience in Chester is a museum specialising in Roman history and is an extremely unique building. It sits on the site of an ancient Roman hospital at the very heart of Chester, one of the UK's most haunted cities. The land Dewa sits on has over 2000 years of history, a Saxon settlement lay on this site, a 10th century hut, a 13th century town house that burnt to the ground during the great fire of Chester, a 16th century house and much more all occupied this patch of land and evidence of these settlements can all be seen inside the location. Archeological digs have uncovered many artefacts from over the centuries which are all on display inside the museum. In the depths of the building you can see 16th century steps that lead down to the cellar, animal bones and even cannon balls that date back the the English Civil War. With so many layers of history to this location it's no wonder locals consider this building to be the most haunted in Chester and Dewa featured heavily during season 2 of our Amazon Prime TV show 'The Haunted Hunts'. Evidence of spirit children has been witnessed in the location, a man who's voice has been heard on occasions and strange misty apparitions have been seen sweeping through parts of the location. It is also possible that the many historic artefacts that are on display inside Dewa have attachments to them and with over 2000 years of continuous occupation, this location is possibly home to many spirits from different time periods, it truly is a haunted location and now it has opened it's doors to The Haunted Hunts.

The plan to open an Orphanage in Liverpool for the children of men lost at sea began in 1868 and in 1871 the Seaman's Orphan Institute was constructed on the North East side of Newsham Park over a 7000 square foot plot of land. In 1874 the Orphanage opened it's doors and by 1899, 321 children occupied it. During the second world war the children were evacuated with many of them moving to the Wirral and the Seaman's Orphan Institute began to decline until eventually closing in 1949. Places in various schools were made available for the children who lived in the Orphanage with many of them moving to the Royal Merchant Navy School in Bearwood. In 1951 the Ministry of Health purchased the Orphanage and turned it into a hospital. Newsham Park Hospital opened its doors in 1954 the hospital developed its own psychiatric department and received an influx of patients with severe mental problems. The hospital officially stopped taking new patients in 1988 and in 1992 all remaining patients and staff were relocated. In 1992 with the closure of Rainhill Lunatic Asylum the inmates were moved to Newsham Park Hospital taking up 90% of its space and Newsham Park Asylum now housed some of the most severe mental patients in Britain such as Ian Brady. In 1997 Newsham Park Asylum closed and is now owned by property developers, the location has remained untouched and beds, machines, wheelchairs etc all remain. Without a doubt our largest location, Newsham Park Hospital holds the crown as our most terrifying location and is said to be possibly the most haunted location in England. Our team have exclusive access to some of the most horrific areas of this old Asylum such as the naughty boys corridor, laundry area, autopsy room and patients rooms. Each area of this location is highly active with growls, grunts, laughter and screams all heard from it's dark rooms, tunnels and stairways, poltergeist activity is also said to occur inside certain areas with doors known to open and close by themselves, tables and chairs move and much more. Newsham Park Hospital can be one of the most terrifying experiences of your lives..... do you dare join us inside this Asylum?

Penryhn Old Hall dates back to the early 15th century and was home to the Pugh family. The hall sits on the site where previously it is believed an 8th century palace once stood. The Pugh family were Catholics and used to shelter Catholic priests during a time when Protestantism was the sole permitted religion. The old fire place in the north east wing has a priest hole where priests would hide if the premises was searched. During the late 16th century, Robert Pugh and a local Catholic priest named William Davies fled for their lives to 'the Little Orme', while living in a cave there, they smuggled in a printing press and it is believed they published Wales' first book. They evaded capture when their hideaway was discovered in 1587 but were arrested in 1592 at nearby Holyhead. Robert Pugh managed to escape however, William Davies was convicted of being a Catholic priest and was hanged, drawn and quartered in Beaumaris. Years later a withered hand which is believed to have possibly been from Williams body was found in a hidden case at Penryhn Old Hall which at the time was known as 'Plas Penryhn'. Over the years Penryhn Old Hall decayed and it is now a quiet public house and private residence. The hauntings of Penryhn Old Hall are famous across most of Wales and the location is very popular with paranormal investigators. Only the most established paranormal teams are granted access to this location and we are extremely lucky to have it on our books. It is believed the location is haunted by a monk who manifests as a shadow figure in the old Tudor bar area. A young boy who can often be heard playing in parts the building and even moves items. A soldier is also rumoured to haunt the location but it is the ghost of a young girl, believed to be part of the Pugh family that is Penryhn Old Hall's most notorious entity. She was believed to have been murdered by her sisters for wanting to marry a non Catholic boy, her moans and cries can be heard coming from parts of the building in the dead of night. Are you ready to investigate this truly historic and mysterious location?

Reservations can be made up to 7 days before the event. We reserve the right to cancel the event in unforeseen circumstances and an alternative date will be offered. Once your booking has been confirmed there will be no refund unless the event is postponed, in the case of a national pandemic, no refunds will be offered however, alternative dates within 12 months will be given to those who have booked. We have a strict over 18 policy. Guests under the influence of alcohol or drugs will be asked to leave the event with no refund, any abuse to staff or other guests will not be tolerated and any guest found guilty of this will be asked to leave with no refund given. The Haunted Hunts team are based on 100% honesty and any guest thought to be staging anything on one of our nights will also be asked to leave with no refund given. As all of our events are held at night, in the interest of health and safety, guests are requested to bring a torch and to wear suitable footwear and warm clothing. Guests attend the events at their own risk and we and the venues cannot accept responsibility for accidents or damage to personal belongings. Some of our events are in residential areas and we ask you to please respect the residents and keep noise levels to a minimum. We operate a strict no smoking policy and do not allow the use of matches or naked flames due to fire risk, however we do hold intervals during the evenings where smokers will be directed to a safe location on the premises. By purchasing event tickets you are hereby accepting these terms and conditions and agree that the organisers are not legally liable for any claims, damages, costs, penalties, actions, demands, proceedings, any kind of legal suits, losses or expenses related to or arising out of the injury to or the death of any person(s), or damage to any property involved in the event activities or premises.